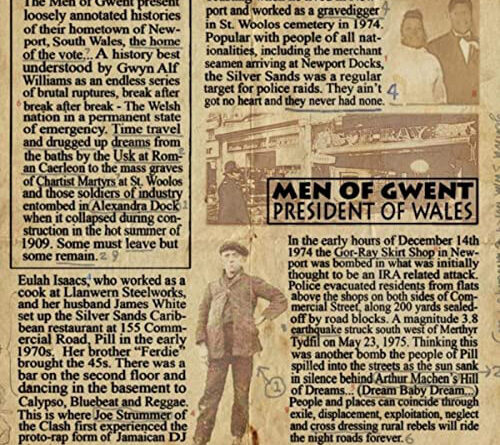 Four years on from their warmly received debut, the new album continues with themes around the bands home city of Newport and across Wales including opener “Grave Alexandra” which documents the 1909 Docks Disaster that killed 46 workers. “Bulmore Lido” covers the closure of an open air swimming pool in Caerleon where Jon Langford “nearly drowned” and “Home Of The Vote” outlines the recent new developments in the city centre while referring back to the legacy of the Chartists. The song “London to Llanelli Line” records a chance meeting with the late Deke Leonard of the band Man. The sadly departed local crooner Frankie Lodge has a song where he is mentioned alongside the legendary Alan Vega (singer of the American band Suicide). Elsewhere Joe Strummer is digging graves in “Bassaleg Road Earthquake” while the title track “President of Wales” gives Jon the opportunity to let the world know “he can never go home”…