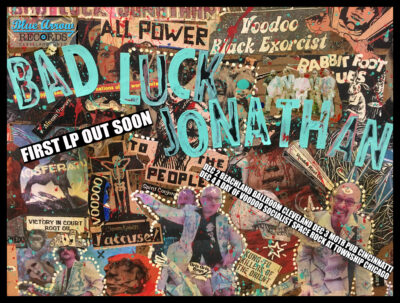 Jon Langford (the Mekons , Waco Brothers, Three Johns) stumbled into his latest project BAD LUCK JONATHAN on a remote Island in the Pacific North West. Consider the scene: A post gig drinks and witching party had dragged on ‘til direst 3 AM, words failing and minds mushing in the crowland. Langford craved his bed, poo-pooing suggestions that he and his murky band of local hired guns drive half way across the island and play songs around a bonfire for a mysterious cult of New Age hicks.

Former Whiskeytown guitarist Phil Wandscher and Martin “Blueshammer” Billheimer were shocked to witness the old man’s creeping ideological weakness and berated him harsh and much. “Have you forgotten what it’s all about maaaan?!?”, they cried in outraged unison. The years drained from poor Jonny; he sat down, appalled at himself, and revelations began. Yes… indeed… for a moment he had forgotten, but out there on the island in the dancing orange flames of primal pagan combustion BAD LUCK JONATHAN was born. The beetle-black sod has quaked ever since and will always, Damballa be praised! Voodoo socialist Space Rock for this moment alone! But also perhaps for the future spaceways and future ghosts. Hark, worms and angels. Harken!

“This album really brings the art and the songs together – a chicken/egg which came first situation. The songs are very visual and in some cases came directly from the paintings.” 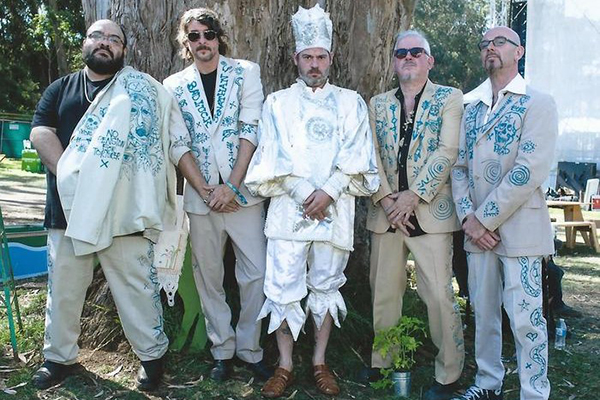